Matt Rinn was elected to Pleasant Hill City Council in 2016, served as the Mayor in 2020, and was appointed to Council for another four-year term in lieu of an election in 2020.

He was born in Southern California and lived in several places until his career relocated him to the Bay Area in 1998. In 2008, he opened his Insurance Agency in Pleasant Hill. Matt became involved in the Pleasant Hill Chamber of Commerce; working his way from Ambassador, to Board member, to Chairman. In 2011, he won Pleasant Hill’s Business Person of the Year. He relocated his young family to Pleasant Hill that same year.

When Matt is not busy with his insurance business and City Council, he enjoys spending time with his wife and two daughters. You can often see him coaching or refereeing on the local soccer fields. 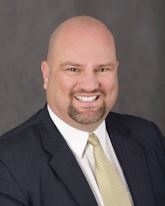