In June 1953, representatives from church, civic and fraternal organizations organized the Pleasant Hill Library Committee. After fundraising for the renovation of the abandoned Pleasant Hill Elementary School, the Pleasant Hill Branch Library opened in November 1954 which was converted from Pleasant Hill School’s side building.

Pink and green were the colors of the first library in 1954. The original 1,200 square foot building could barely fit 26 people. Four years later a new location was chosen. The original library building then changed from City Hall to police storage to eventually the VFW post building.

Contra Costa County acquired land, where the most recent library was situated in the mid-50s and groundbreaking, took place on March 9, 1960. The dedication was just 18 months later (Sept. 9, 1961.)

The library had an octagonal shape and an umbrella-like roof. It had 10 times as much floor space as the first library. It combined the central library and Pleasant Hill branch into one building. Thus, the Pleasant Hill Library was also known as Central Library as it had the largest reference, business, and other resources in the County. Adjacent buildings were used for County offices and a clinic until the library expanded to occupy these buildings as well.

The new Pleasant Hill Library is a $24 million building at 1700 Oak Park Boulevard next door to the previous library. It will be substantially complete by late winter 2021 with a grand opening scheduled for Spring 2022. 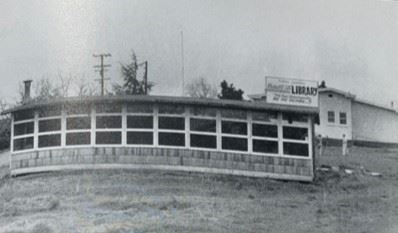 (Above) The original Pleasant Hill Library site from 1954.
(Below) You can see the umbrella of girders taking shape to show what would become the Central Library. 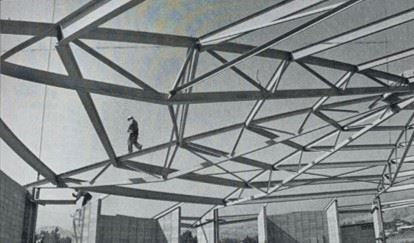 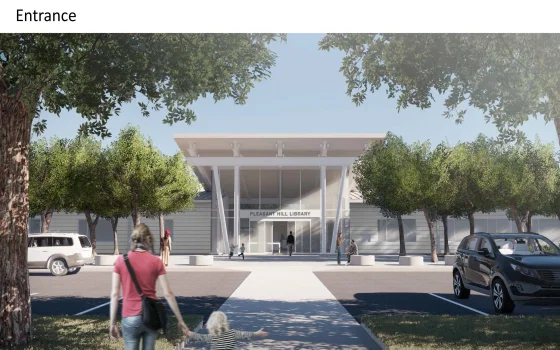 (Above) An artist's rendition shows how the new library will look when it opens in 2022.
(Below) Work crews smooth out concrete at the Pleasant Hill Library build site. 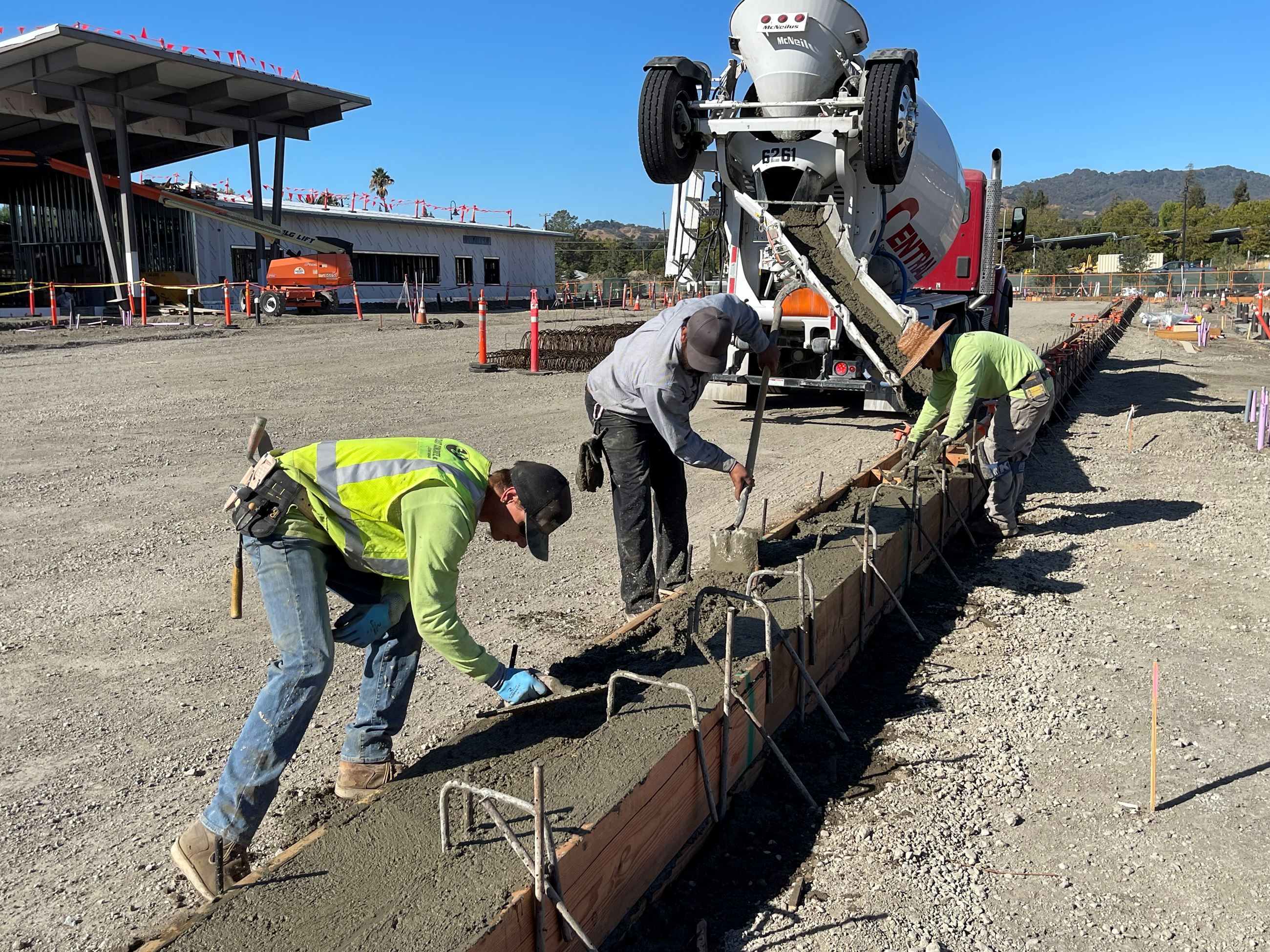 Thank you for taking part in our Pleasant Hill Diamond Anniversary Scanenger Hunt!

NOTE: This is site #9 of 9.  If you'd like to start from the beginning, site #1 is is a beautiful structure honoring our veterans that is visible from I-680 and near downtown Pleasant Hill.