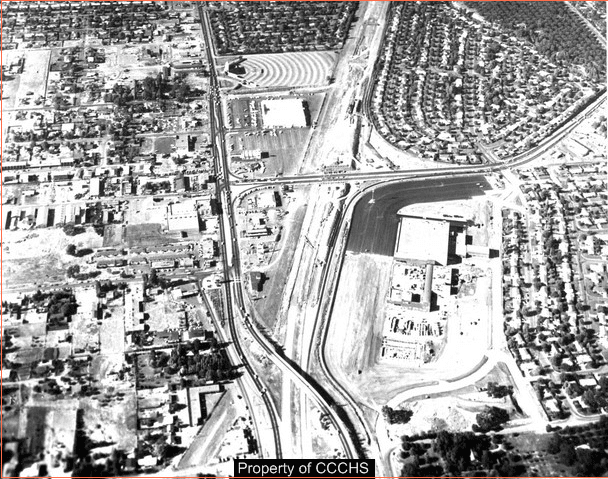 In 2021, the City of Pleasant Hill is celebrating its 60th Anniversary.  Over the course of summer and fall, the city engaged in fun activities to commemorate the event, culminating in the annual Light Up the Night on November 14, 2021. Due to COVID-19 restrictions and concerns, the event was scaled back this year to occur at City Hall and to focus more on the anniversary celebration.  Thus, this year our event will be known as Light Up the Lake.  Click on the link to the left or go to www.pleasanthillca.org/lutl for details on this exciting celebration of our history.

The area began to be developed in the 1920s, as former agricultural land was subdivided for housing. Monument Boulevard was named after the Soldiers Memorial Monument to commemorate soldiers of World War I. It was erected on December 11, 1927. The monument depicts one black and three white soldiers. It is 45 feet tall, constructed of formed concrete, and weighs 150 tons. In 1954 the monument was moved to its current site at Boyd Road and Contra Costa Boulevard to make way for upcoming highway construction.

Developed largely in the years following World War II, this area did not have a post office until 1948. The city incorporated in 1961

Early on, community leaders expressed concerns about the deteriorated condition of many properties developed decades before around the intersection of Contra Costa Boulevard and Monument Boulevard, two main roadways through the community.

At the same time, it was envisioned that this central area could be transformed into a focal point of community identity, providing a gathering place for residents and strengthening the community’s “sense of place.”

In the early 1970s, the City explored various ways to achieve its vision and, in 1974, adopted the Pleasant Hill Commons Redevelopment Plan for the area, as authorized by the state Community Redevelopment Law.

The Redevelopment Plan provided a framework for future decisions about the type and amount of new development to be allowed, put into place the administrative powers needed to implement the plan, and established the financial resource of property tax increment revenue to fund public improvements and subsidize private sector redevelopment efforts.

The goals of the Redevelopment Plan were strongly supported by the citizens of Pleasant Hill. However, it would be nearly twenty-five years before a new downtown, fulfilling these dreams, would be born..

For more information on the history and formation of what is now downtown Pleasant Hill, check out this great article.