The K9 Unit was established in 2004 with the creation of a new police service dog program aimed at supplementing patrol operations. The program began with two K9/handler teams: Officer Todt Clark and “Titan” (2004-2011) and Officer Phil Reily and “Apekx” (2004-2008). Our first two dogs were acquired, in part, with contributions from community members. Over the years, as the first handlers and their K9s retired from active duty, new handlers and K9s were tested and selected to take their place in the unit. To date, our program has had five K9 teams in total, including Officer Ron Priebe and “Muzzy” (2008-2014), Officer James Woehrman and “Castor” (2011-2018), and Officer Aaron McGraw and “Tibor” (2015-present). Just recently we added a new K9 team to the PHPD crew - Officer Andrew Kuhn & "Bronco," who are currently training and will join the Patrol Bureau in Fall 2019.

Our K9s are considered “dual-purpose” or “cross-trained” police service dogs, as they are trained for both searching/apprehension and drug detection. Their keen sense of smell, physical abilities, and intelligence make K9s ideal for searching tasks that would otherwise take human officers longer to complete, or expose officers to increased danger. As with all dogs, our police K9s’ biggest strength is their nose. With their advanced search capabilities, they are able to find violent suspects, track missing persons, and locate evidence related to important cases.

The K9s we select are bred and trained in central Europe, including Germany, the Czech Republic, Belgium, and the Netherlands. While in Europe, the dogs are raised and trained primarily for sporting purposes or police/military work. Some are tested for their suitability for police work in the United States and eventually imported by a trainer in Southern California, where we purchase them. After our own testing and selection, they are paired with an officer who is then trained for a month before being certified for patrol duty as a handler/K9 team.

Training with our K9s is ongoing. This is essential to maintain their capabilities and readiness for what they might encounter on the street. In addition to the basic training they receive at the beginning of their career, each K9/handler team attends formal training twice per month. They also conduct on duty training in the field, while working patrol. Each year they are tested to ensure they meet California P.O.S.T. standards in obedience, searching, apprehension, handler protection, and drug detection work.

Officers and their K9s work 12-hour shifts, which may seem long, but the dogs don’t mind. They enjoy working and between calls spend time training, playing, or resting in their patrol car which has been specially-equipped with a back seat kennel, water bowl, fan, and temperature monitoring system. When their shift ends, the K9s go home with their handlers and are a part of the handler’s family. Each dog has a different personality and temperament, but they tend to be great at home because we choose dogs that are social.

As one might imagine, the bond between an officer and their K9 partner is strong. They live together, train together, and work together. They protect each other and enhance the safety of other officers and members of the community. Without the dedication and hard work of our K9 teams, our police would not be as effective in the various tasks they deal with. They would also be exposed to hazards and dangerous people more frequently. These K9 teams, comprised of dedicated Officers and noble dogs, have and continue to prove themselves as invaluable to both the Community and our Pleasant Hill Police Department. 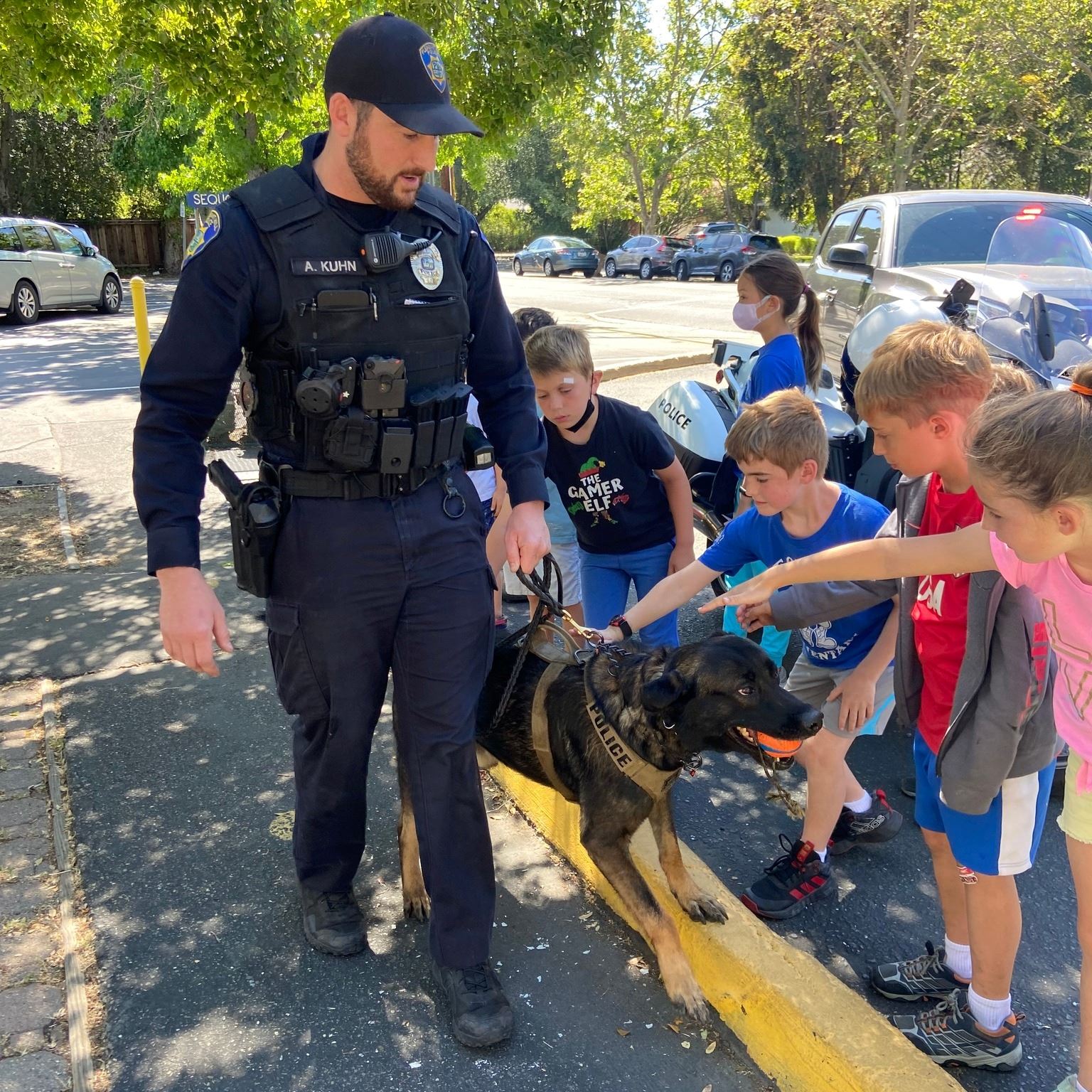