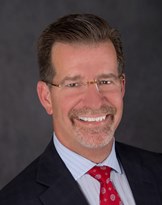 Tim moved to Walnut Creek in 1984 where he served on the transportation sub-committee of the Walnut Creek in the Year 2000 Committee. He moved to the Poet’s Corner neighborhood of Pleasant Hill in 1997.

In 2001 Tim was appointed to the Civic Action Commission and served as its long-time Chair until December 2012. Tim served as a Planning Commissioner 2010-2012 and also served as the Chair of the City’s 50th Anniversary Celebration Committee in 2011.

Tim is an experienced trial lawyer who specializes in Business, Commercial and Real Estate Litigation. Tim serves as the Vice-Chair of the Bar Association of San Francisco Fee Disputes Executive Committee and is also a member of the Board of Directors for Harmony Home Associated, a non-profit providing independent and supported living services to developmentally disabled adults in Contra Costa County.